Lots of Cool Things I Learned at Virtuoso Travel Week 2012

Having just returned from the annual Virtuoso Travel Week held at The Bellagio Hotel in Las Vegas, there is no time like the present to share some of the inside scoop I learned about some of my favorite luxury travel companies. Here is my "Short List of Really Cool Things Learned at Virtuoso Week" this Year:

Hotel Hassler in Rome is opening its brand new Penthouse this week. At 3,600 square feet, the hotel's second Penthouse suite has two bedrooms and incredible city views from the terrace.

The planned $160 million renovation of The Carlton Cannes now slated to start in September 2013, when the hotel will close for a full redo.

Bulgari London Hotel, the city's newest serious luxurious hotel, is fully up and running, having opened just in time for time for the Summer Games. 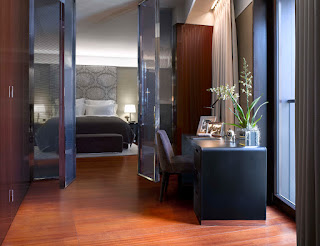 Hotel Alfonso in Seville has reopened after a nine-month restoration.

Chewton Glen, 35 minutes from the port of Southampton, UK has 12 new Treehouse suites available to book. These cool new suites can sleep up to 2 adults/4 kids.

Book a ski vacation at La Sivoliere in Courchevel (ski season is Dec 15-April 15) and skis/boots are complimentary during your stay.

Montage Hotels and Resorts plans to open properties in Los Cabos and the Bahamas, and is also looking at opportunities for new hotels in New York City and Miami.

Orient-Express is planning to launch a train between Venice and Copenhagen/Stockholm...

Ritz-Carlton plans to open a new property in Kyoto, next to the River, in 2014. The Ritz-Carlton, Tokyo is planning to unveil a new Club Level/room decor next spring.

Mount Nelson, an Orient-Express Hotel in Capetown, is undergoing a full room renovation. The company is also installing WiFi in its African safari camps as well as air-conditioning in the tents.

The Ranch at Live Oak in Malibu, CA is THE place to go if you want to kick-start a weight-loss/health kick in a beautiful setting.

Pera Palace Hotel in Istanbul is now managed by Jumeirah Hotels, the same company that has added hotels in Mallorca, Maldives, Rome & London to its line-up this year.

Etihad Airlines will be launching non-stop flights between Washington, DC & Abu Dhabi next April. We hear that Los Angeles is likely to be added next.

Israel's hotel scene is heating up: The Waldorf-Astoria Jerusalem will open in 2013. And, the total redo of the Dan Tel Aviv is now complete and rooms feature a much sleeker, more modern decor.

Food news: Trump Soho in NYC will debut its new sushi restaurant Koi this fall. In Tucson, the main dining room of Canyon Ranch is undergoing a total renovation.

A full renovation is about to begin at Four Seasons Buenos Aires, and will be done by the same designers of Culina at Four Seasons Los Angeles. Look for a new Polo-themed lounge/bar.

Langham Hotels has taken over The Observatory Hotel and rebranded it The Langham Sydney. New beds, in-room wifi are immediate adds with a full room renovation slated for 2013.

The Shangri-La Bosphorus will open in Istanbul in May 2013 and most of the 186 rooms will feature fabulous river views.

The Alpina Gstaad opens December 1 and will feature Megu of NY and a Six Senses Spa (the first in Switzerland!).

Book a stay at any two Four Seasons properties in Thailand this year and recieve a $300 Four Seasons gift card.

The Park Hyatt Aviara is embarking on a full room renovation and plans to unveil the new rooms by February 2013, along with a new look for the restaurants.

Amangiri Resort has unveiled its new four-bedroom, $7000/night villa! Also, rates go all-inclusive from Nov-March 15 and include all meals + 2 hikes and complimentary yoga and Pilates. 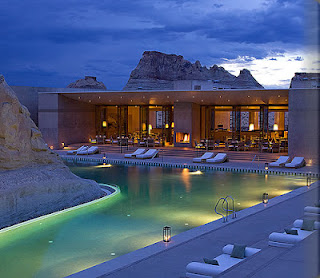 Oceania Cruises now has packages available to pre-purchase prior to sailing that include a variety of shore excursions, internet options, drinks.

The new highway from Punta Cana is now open which makes getting to Casa de Campo, much easier! It's now a 40-minute ride instead of several hours.

Cap Maison in St Lucia offers fantasic honeymoon and wedding packages, as well as a "Peak to Beach" package that combines a stay at Ladera Resort with one in a oceanview suite with pool (pictured) at Cap Maison. 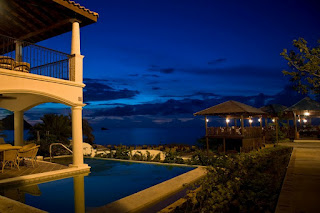 Acqualina Resort in South Florida has unveiled its new family-friendly Italian dining concept and is planning to upgdate its already-perfect suites as well as expand its adults-only pool.

Maroma Resort in Riviera Maya has gone kid-friendly, year-round. Kids 12 and under stay/eat free with parents.

In addition to beautiful cottage suites and a location on one of the best beaches in the Caribbean, Hermitage Bay in Antigua caters to health-conscious guests with its holistic approach and its on-site organic garden, meditation and yoga classes.

Brides Magazine has named Saint Lucia's Jade Mountain Resort the "Number One honeymoon resort" in the Caribbean this year.

Room renovations are complete at Halekulani in Honolulu. Clients enjoy an upgrade at time of booking, two options for full breakfast plus complimentary parking.

For more details on any of the above, or to book a stay and enjoy exclusive VIRTUOSO benefits, contact me via email stacy@elitetravelinternational.com or phone 310-301-9036.
Posted by Stacy Small, President: Elite Travel International at 5:44 PM
Email ThisBlogThis!Share to TwitterShare to FacebookShare to Pinterest